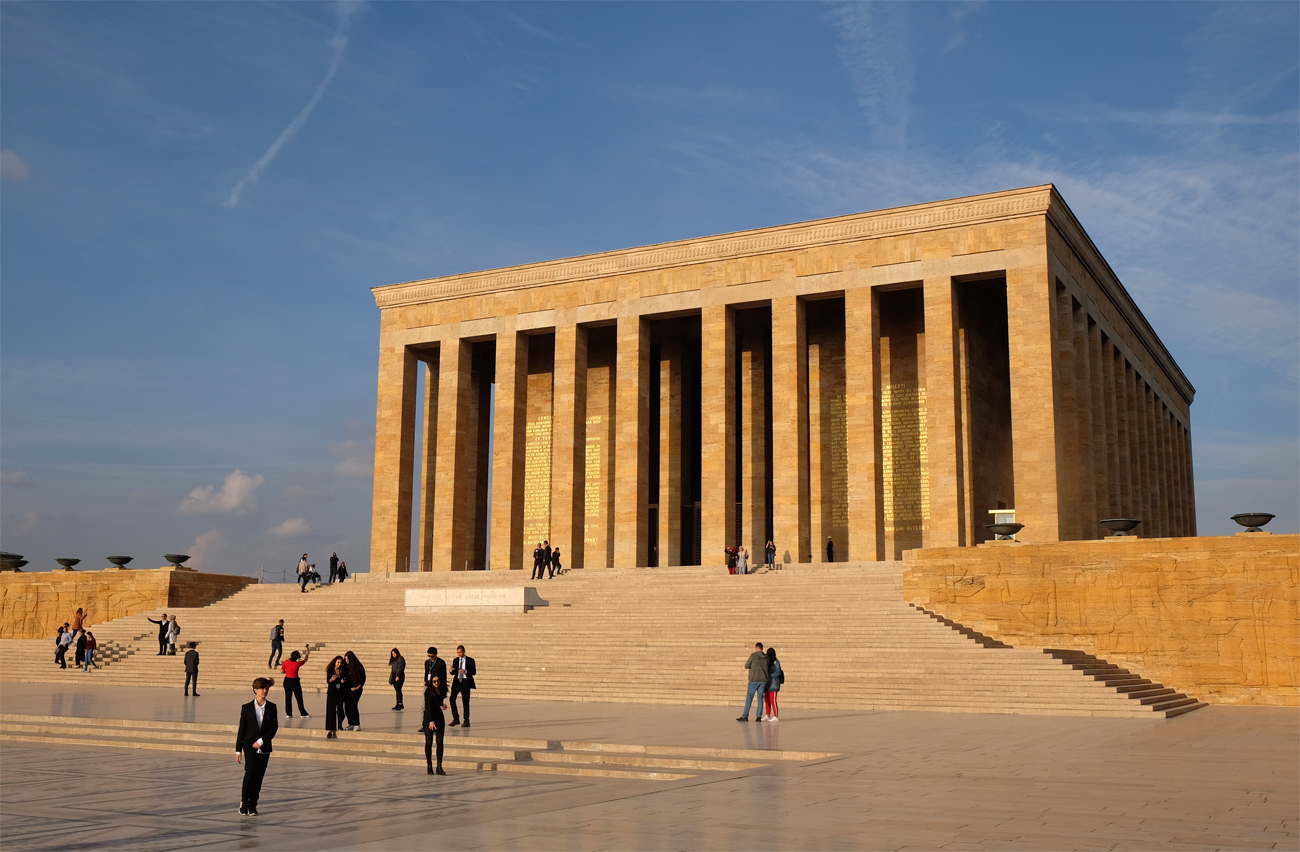 Anıtkabir ( literally, ‘ memorial tomb ‘ ) is the mausoleum of Mustafa Kemal Atatūrk, the leader of the Turkish Independence War, founder of Rebuplic of Turkey and architect of Turkish revolutions. Anıtkabir represents Turkish nation and Anatolia under the name and personality of Ataturk. It was built on tumuluses ( graves ) belonging to Phrygian Civilization and sembolizes ancient Anatolian Civilizations and Turkish Tribes with its architecture, sculptures and reliefs which were designed with the same vision.
The construction of Anıtkabir was started in November 1944 and completed in 9 years in 4 stages. It covers approximately 750.000 m2 Anıtkabir can be seperated into two parts. Peace Park and the Monument Block. Anıtkabir is placed in the Peace Park, which is created with saplings from several foreign countries and from several regions of Turkey, that is inspired from the epigram of Atatürk; “Peace at home, peace in the world”. Anıtkabir contains Lion Road, Ceromony Area, Mausoleum and 10 Towers.

Atatürk and the War of İndepence Museum takes part in Anıtkabir. It has an exhibition area of 5.200 m2. Atatürk’s personal items, medals, gifts presented to him and books in his library are on display in the museum. Museum also contains Boards which describe the establishment of Turkish Rebublic period with full of struggles and galleries that tell İndependence War and Turkish Revolutions.

We recommend that you spend at least 2 hours for this trip.